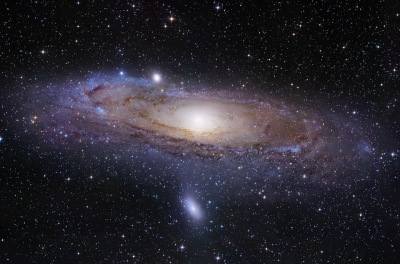 You tic. I tack. You tease. I cajole. You shower me with a multitude of mirage-like oases. I try hard not to believe what I’m seeing, even though I secretly want to…

Wait, is this a dance? Coz if so, no one emailed me a YouTube video of the steps. I wasn’t assigned a super-hot Latin hunk to help me work it out, either. No matter how you look at it, it’s a bit of a screw up on your behalf, isn’t it? So forgive me if I’m a little pissed and just… befuddled. Fuck. I hate playing catch up!

For years, I had those dreams where I’m trying desperately to learn my lines but never quite manage it (still have ’em sometimes, even now). I’m reading the script or whatever, filling in for someone at the last minute. Cut scene, and I’m on stage in make up and costume. The audience has arrived and I have NO idea what to say next.

And I really, really hate that. Because I’m a professional, damnit! And in real life when on-stage, I always know my lines and choreography.

Anyway, just thought I should tell you that I’m having a real hard time working out which parts are legit.

And it shits me that only occasionally do I get hints of how it’ll all play out. This is worse than watching Lost for six years (not that I did that either, but you know what I mean, right?). I’d just like to see a path of some kind, even if the terrain gets rough with mountains, potholes and bush fires. That’d all be okay with me, as long as I have some idea of where I’m headed…

Instead, seems it’s more like an ocean with semi-permanent ten feet waves coming off a gigantic wave machine (just to keep ’em coming with regularity of some kind). I only ever glimpse parts of the sky, the horizon and even what’s nearby, in small chocolate-covered nuggets of time. Occasionally I’ll get to coast to the top of one of those waves and I think Ahhh! Which is fine. Even the terrifying slide back down is okay. If only it wasn’t happening all the damn time…

To be clear: What I’m saying is that I really don’t understand the morse code, okay? It’s just a tad on the uber-cryptic side and it is getting TIRING.

So a little more straight talk and a lot less with the weird symbolism if you don’t mind. It’d help me to help you. And I think we’d both like that, yeah?

It’s not that I’m asking the big WHY questions. Just… c’mon already, gimme a better view for a bit.

Then, perhaps I’m asking for the wrong things. Or, maybe it’s that I’m in the wrong place? The wrong time? I’ve no clue and apparently you aren’t about to hand me a synopsis (which kinda blows).

Really though, what’s it gonna be?

Why is it when I give a handful of coins to a man in a wheelchair sweetly crooning American Pie while his buddy plays guitar (not that I can afford to be giving away money right now, with the no income and all but hey, they made me smile and it seemed appropriate), that I feel like I’m doing something right? But that’s all I get. No other hints, nothing laid out. No clear marker pointing out the direction I need to head towards next.

I mean, I get that this isn’t The Amazing Race. But geez, you sure could stand to take a few tips from those guys on how to keep things moving along at a pace that doesn’t resemble a snail’s.

To my credit – I improvise, working with what I’m given as best I can. I’m putting in the hard yards! I try to stay cool with it all, even though I feel like things have gotten way off-course.

But I reckon I’m not the only one that’s questioning my motivation here. I mean, why on earth would this Svasti character keep plodding along when nothing seems to be going anywhere? None of the sub-plots are making sense and the story arc is barely coherent anymore. Let’s not even talk about consistency or continuity, okay?

Coz if we do, we’ll either have to get really stinking drunk or have the world’s most serious arm wrestle – to the death, of course. Or possibly both!

Maybe Universe, just MAYBE… you need to sack your production team and get some new writers in.

(P.S. This post was written under the influence of extreme frustration and should possibly be disregarded in its entirety.)