#reverb10, advice, current me, flow, future me, letters, past me, time travel, Wake up 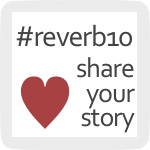 Future Self. Imagine yourself five years from now. What advice would you give your current self for the year ahead? (Bonus: Write a note to yourself 10 years ago. What would you tell your younger self?)
~December 21 prompt

At the risk of repeating myself, the whole concept of a five-year future plan isn’t in my repertoire. I can barely piece together one year at a time, and generally I don’t think I’m in charge of such things. As a friend of mine likes to say, life works best when there’s a flow, and in such a flow you can kind of guide where things are going in the foreseeable future. But only that.

My Future Self however, might have this to say to the Current Me:

And this is your proof!

(don’t share the whole time travel thing with anyone for a little while, okay?)

Anyway… if I remember correctly

Not saying it’s gonna be easy because, y’know…

It’s never really been that way, has it?

But you’ll be happy. Really happy.

The most important thing you need to remember is this:

Keep that top of mind, and it’ll all work out.

A little while back I wrote a letter to my 12 year old self, but what would I say to my 29 year old self if I had the chance? Keeping in mind, of course that I actually can’t change anything that’s already happened.

It’s time to wake up.

But you do an awful lot of day dreaming, don’t you?

I don’t mean to scare you

But things are gonna get real ugly for a while there…

Don’t worry though: there’s both love and a life you’ll adore on the other side of your 30’s

And hey: all that writing you put off for so long?

It’s gonna pour out of you eventually

There’s a few things I want to tell you about

and I hope you listen

In fact, it’s probably a good idea to write them down

Or even get them tattooed somewhere you can see them

(I know, you’ve been waiting for the RIGHT tattoo, but get this one anyway)

That’s how important this advice is, okay?

Don’t panic when your life falls apart (and it will)

Nothing is ever quite as you imagined it

Never let anyone talk you into something that feels wrong

Listen to your own instincts above all else

Don’t forget: nothing is permanent

4 thoughts on “Stuff my Future Self might say #reverb10”