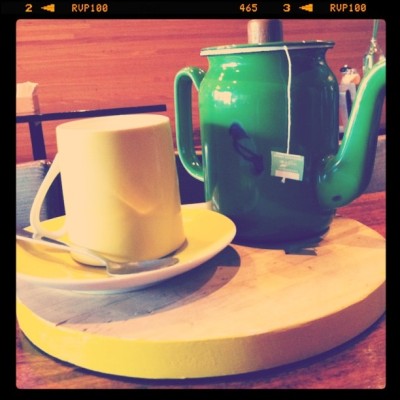 This is a different post than the one I’d planned to share. But I’m having a hard time finding a point in a lot of my writing right now. I’m struggling. I know these feelings aren’t permanent but all of my darkest thoughts are out to play and I’ve gotta tell you folks, it’s mayhem in Svasti-land.

Tore a calf muscle earlier this week. As if my life doesn’t have enough crap in it, I was trying to run for the train and without obvious cause I could no longer walk properly. Just a twang inside my right leg and look Ma, I’m Hop-a-long Svasti In Considerably Unpleasant Pain.

Been working with an Ayurvedic practitioner in recent times to work on a more holistic approach to healing my thyroid. Ayurveda is Indian traditional medicine and it’s amazing and powerful. Apparently my due to the many imbalances in my body right now, it’s not surprising that there’s dryness in my soft tissues. Which means things like this can happen more easily.

Friday brought the eclipsed new moon, which I felt very keenly. Its energy brought certain truths to light that I’ve been trying to ignore as best as I could: as much as I love working in the digital industry, the people I have to work with sometimes are just killing me.

People being assholes who are more interested in stroking their ego than they are in being professional, courteous, efficient and respectful. In corporate life, there are more people like this than not. I suspect half of them are sociopaths, while the others I think are just sad, lonely people who don’t know any better than to lash out at their work mates.

But it’s more than that. I’m in this catch 22 of needing the money I’m earning in order to reach my goal of being debt-free as quickly as I can. Not to mention that right now I have a lot of health-related expenses – doctors, meds, vitamins and herbs, alternative medicine consultations and now massages (for that cranky right calf of mine).

Essentially, I need to get out of this line of work but I can’t afford to just yet.

So add all of these things up – my health, a mystery injury and admitting the truth of my career situation to myself… and I’ve been feeling a little crappy this weekend.

Not that I haven’t tried to buck myself up.

Yesterday I got another massage ostensibly for my calf, but in truth my entire body aches. Not just from the strain of limping and hobbling my way through the week, but because I still carry my old shoulder injury and untold amounts of tension from PTSD.

As a yogi, I’m pretty darn bendy but regardless of that and no matter how much yoga I do, my body retains some powerful clenching abilities. So it hurts – something that should feel good and nourishing to my body, it bloody hurts.

Post-massage and before my haircut appointment (my first since the Great Hair Debacle which I haven’t written about here) I had a meal at a fabulous new cafe, only three weeks old. It has this eclectic menu including the Asian-style jook I ordered. It was great, but what really won me over was the super-large tea pot (above) that my lemongrass and ginger tea arrived in.

So I was doing what I could to make the weekend enjoyable despite my limp and those truthful truths yammering away. My new haircut made me feel so much better about looking in the mirror for the first time in ages. Which is good.

But it wasn’t enough. Black thoughts have been welling up. They smell suspiciously like depression and I’ve noticed too, how everything is a little less bright. Colours aren’t as vivid and even though I know the way out, I can’t stop myself from wandering in a little deeper. Not just yet.

Because these thoughts, they want to be heard. Even if they are the voice of depression and loss and therefore, rather unbalanced. They go a little something like this:

Life isn’t like a fairy tale. There are no prescribed, audience approved happily ever afters. Some people get lucky and others don’t. That’s just the way it is and it seems like I’m one of those people who isn’t gonna get lucky. My sister has three children now, three! My three best girlfriends are all happily married. One of them is pregnant with her second child, the other with her first and the third is in the process of trying to get pregnant. One of these women I’ve always thought of as a little sister and yet here she is, surpassing me while my own life STILL stands still. I desperately want to let other people in, to date, to have a boyfriend, but at the same time I aint letting anyone in anytime soon. I try and try and try to get past it all, to heal, to move on. But just when I think I’m getting somewhere… SURPRISE. Here, have a chronic health problem. Here, lose the ability to walk properly. And for good measure, let’s throw in a couple of egotistical assholes at my workplace, too.

Still, I can’t find a permanent job and what’s worse, I don’t even want one. Not anymore. Not this line of work and having to deal with people who are less than honest and truthful with themselves and other people. This isn’t who I am but right now I don’t have a choice, do I? EVERY TIME I think I’m closer to my goals, the goalposts move. There is no end. No hope for me. No magical shift where suddenly my health is sorted and my metabolism starts working again, I drop that extra weight and finish paying off my debts. That’s an ending from one of those stupid chick flicks I hate so much and it’s just not real.

What’s real is what’s here. I try my best. I do service work. I do what I can for others and I take pleasure in the little things whenever I can. I do. But I don’t know what it’d feel like to be free anymore. As much as I love my nieces, I really wish I’d never moved back to Melbourne. But here I am, and I’m doing what I can to leave although sometimes it feels like I never will. Not ever.

Even though the saying goes you’re never given more than you can handle, I’m utterly sick to death of being given more to handle again and again while nothing seems to change.

I truthfully don’t know what to do next. If this was a war, I’d be surrendering to the other side right about now…