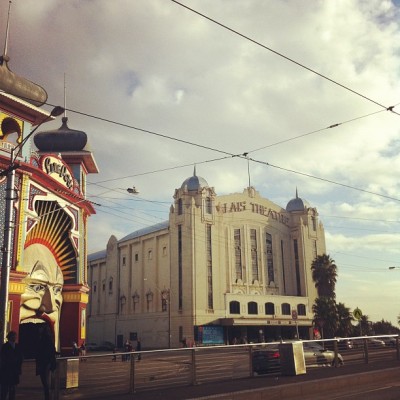 Greetings from mid-Wintery Melbourne with its gasp-inducing freezey mornings and evenings.

I was gonna write to y’all last week but instead I succumbed to the Evil Chest-Suppressing Lurgy that 80% of Melbourne seems to have, and spent three days lying on my excellently long couch with the cosy cushions, with multiple pots of tea, Buffy DVDs, poached eggs and… cravings. For baked goods.

Specifically, my own variation of my grandma’s coconut biscuit recipe. So, once I’d had enough of the horizontal resting and the snoozing I pulled a stick of organic butter out of the fridge to soften it up and got to it.

So this I offer to everyone in honour of my recently departed and highly complicated grandmother (her recipe, adapted by me): 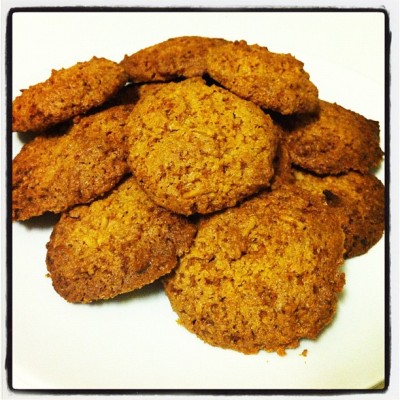 Cream butter, then stir in rice malt syrup until smooth and blended. Mix in the egg.

Sift flour and combine with almond meal, stir in to butter/sugar/egg combo.

Make sure the mixture is on the dry side, instead of wet and sloppy. Add a little more flour if needed.

Bake for around 20 minutes only. Don’t over-cook or they’ll lose their coconutty flavour.

DONE! In no time at all, you have some very tasty and easy to make cookies that are delightful with endless pots of tea. 😉

On to the next order of business… 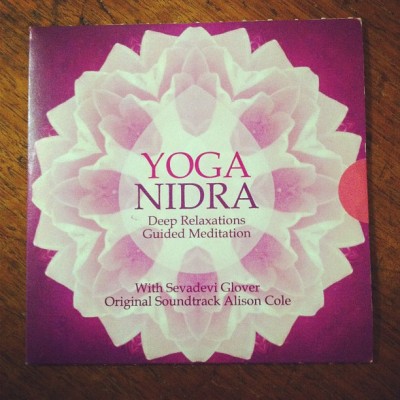 Yep, I’ve been a little distracted so almost forgot to draw the winner of the Yoga Nidra give-away.

Being that I’m all fluey, forgive me for not doing a video to prove the integrity of my winning entry drawing process.

AND. The winner is…

Congrats! I’ll be in touch via email to get your postal address. 😀

And…a few lil updates from me

A happy mid-Winter/Summer to you all, wherever you are.

And if you make my grandma’s coconut biscuits, please let me know!! 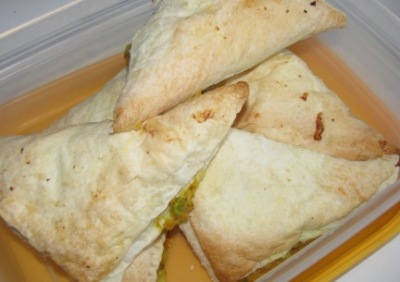 Seems my blog is developing a bit of a sideline in recipes. Which y’know, isn’t a bad thing. Especially if you’re feeling hungry.

Once again, the occasion is the end of term break up party for my yoga teacher training – last weekend.

And I turned once more to the recipe book I scored when I did Yoga in Daily Life’s Spring Detox course a couple of years ago. Still haven’t made all of the recipes, but having people to cook for gives me an excellent excuse!

So… I decided to make the triangle curry puffs – first time ever but it all looked very simple – it was. I also added some cumin seeds for extra flavour.

I added some cinnamon though. Okay, rather a LOT of cinnamon (2 teaspoons).

It’s currently cooling on the bench. 😉

Oh! If you want some of mine, the cost is a flight to Melbourne, Australia. The air mattress, cups of tea and endless chinwags are free of charge!

Here’s a little break from the angst, folks. I’m getting just a tad sick of myself (so I’m sure others might be, too)!

How to make it

Fry the cumin seeds over a medium heat on a dry frying pan til aromatic. Don’t over-cook them (seeds get black and smell burnt).

Drain the cooked chickpeas and reserve the water they were cooked in.

Place the chickpeas and all other ingredients (except oil) in a food processor or blender (note: I only have a stick blender and that works fine). Process until smooth (or smooth-ish, I like mine a little textured). Add a little of the reserved cooking water if required to reach desired consistency.

Transfer to a serving bowl and enjoy!

c/o Yoga In Daily Life (I did a cooking workshop with them and came away with a lovely little booklet full of recipes).

I should say though, this recipe makes a whole bunch of hummus, so I’d suggest halving the ingredients, giving some away to friends or freezing most of it. Unless you’re having a party or two!

If you make it, let me know how it goes, okay? Hope you like it as much as I do.

Right, now I’m off to the Thursday night double feature at the lovely old art deco theatre up the road from me, The Astor. I’m gonna see The Wrestler & Mongol, both movies for $13.

The skies, they opened up today and completely saturated the kingdom of Melbourne, in the region of Victoria, municipality of Ozstraaaylia.

The day started out fine before the skies darkened, and the downpour began. Its all blue skies again now, though.

Melbourne: if you don’t like the weather, just wait a while…
~Most Melbournites

It was a good thing, y’know, since we’ve been in drought for absolutely years and years. So we never complain.

‘Cept I was out and about and coulda been struck by the mad lightning accompanying the gloriously rumbly thunder!!

Stuck as I was in the city for an hour before I could attempt to make my way home. Me and the bike, actually. Got as far as 10 minutes from my place during a break in the rain. Had to wait again. Then, bought a $2 poncho, accepting I wasn’t gonna make it home entirely dry. I did okay though…

Then, it was on to my brand new invention on Twitter – #Foodie Friday.

Everyone’s been doing Follow Friday there for yonks (yawn!). So I thought it was time to try something new.

One of my friends thought it was some kind of event (well it was, just a private one). And I ended up having a food conversation with someone I’ve never met whose first tweet to me was: You are making me salivate and wishing for a teleport to your house.

Most of the cooking is in honour of my yoga school. Tomorrow we have our last class before term break, and we’re all meant to bring a dish. But no one said I couldn’t bring two!

Plus, I wanted to roast up a pork shoulder that’d been patiently waiting in my fridge saying eatmeeatme! every time I opened the door (y’see, its not true that all yogis are vegetarian. Not at all!!).

With little else to do in this weather, I began cooking, and entertaining myself by Tweeting about it. Hehe.

And what did I make, exactly?

(for my yoga school)

Here’s the recipe if you wanna make ’em yourself!

And finally, some incredibly tasty hummus

(for my yoga school, thank goodness coz the recipe makes A LOT)

And now its time to sit down with some hummus and do my yoga studies homework.