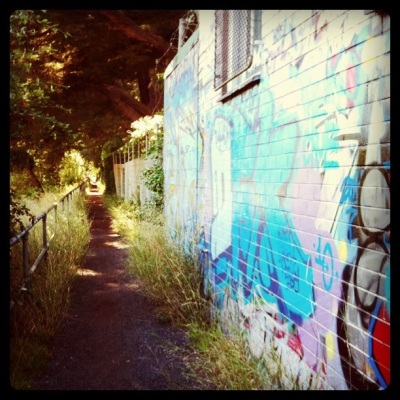 Nope, I haven’t forgotten y’all, but I’ve just been doing more journeying. Inwards, that is. And sometimes that makes it hard to write, even when there’s a lot to say.

Since last month’s vernal equinox, I’ve just been kinda hangin’ out on the downlow. But there’s been plenty happening! Yes indeedy!

Seems as though I’ve been working through some more of the dregs of malingering habits formed around being traumatised. It’s difficult to explain any more clearly than that right now, but sometimes that means I do very little.

Other times, it means I find joy in tiny things like this adorable hand-made broach.

Really, you’ve no idea how much this cute lil thing just perks me right up! And I remember… yes, this is more of how things were for me once upon a time. But I’m not trying to put myself back together exactly as I was. It’s just that my capacity for enjoyment is slowly returning (in fits and starts) and I find myself surprised by my appetite for such things.

And then I’m amused, because there I am getting up at stupid-o’clock on a Sunday morning to stand in a huge crowd of people for a 5km fun-run with a couple of my (recently returned from London) friends.

Seems I’ve discovered some inspiration to get cracking with my cardio fitness and I’ve scored some jogging buddies as a bonus.

More evidence of my regenerating appetite for fun: post-run and on our way to brunch my friend and I sang “Fat Bottomed Girls” at the top of our lungs while her hubby chuckled at our silliness. Okay, I sounded silly but she has a GREAT voice.

Unfortunately, this low iron level thing is a bit of an issue. After the fun run I noticed that I was disproportionately tired. Exhausted, even.

My letter came last week from the Red Cross and folks, it’s not great. Here’s my results:

Related: I think all of this low iron levels business is also contributing to a little vata derangement, and as such I’m a touch ditsier than usual right now…

The good news is that I finally tracked down a decent GP – one with an interest in alternative therapies – and I’ve an appointment Wednesday next week.

I guess I still don’t know much about what’s going on with me physically and/or spiritually. But I do know this – despite the carnage PTSD has had on my physical body, I’m doing okay. Somehow.

Even though my life is far from perfect and I still have no job security and/or a whole bunch of other stuff I’d like (such as hey, sex! Damn it, but I’d REALLY like to get laid!).

None of this seems to matter. The more yoga I teach, the more I learn about letting go.

The more I let go, the more I see the world in a different way.

That’s all I’ve got for y’all right about now. I know this post doesn’t really make much sense, but this is where I’m at. Floating on the tide and letting things be as they are.

(There I go again, sounding quite mysterious and strange.)

But life is actually quite “normal”, whatever that means. Except for the bits that aren’t.

Imma coming back to writing soon, when the mood strikes. I’ll probably have a bunch more to say after Friday when – SQUEEEEE – I’ll be meeting one of my blogging buddies in the flesh!! More news on that soon. 😀

In the meantime, I’m putting an extra large order of love ‘n’ hugs ‘n’ kisses in to send out to my wee blogging family.

Even though I’ve been reading and commenting on a handful of posts here and there, I do miss our regular interactions. But I’ve been thinking of you all and I’ll be back soon to get this party re-started. 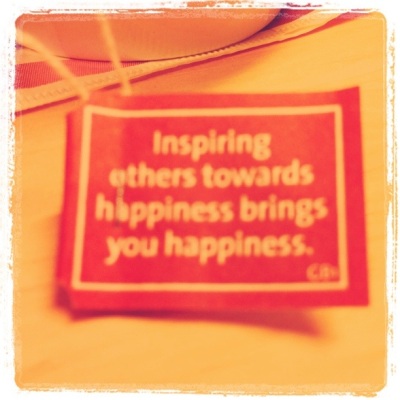