Isn’t it wonderful to be here on the first day of a brand new year?

I hope you enjoyed your new year’s celebrations, whatever form they took.

For the first time in too many years and perhaps not entirely wisely, I decided that I’d go out for the evening and get down with my funky (??!) self. Haha. So I ended up at a live music gig at a Melbourne landmark, the Espy Hotel. The line up featured You Am I and Air Bourne, lots of awesomeness there!

Much fun was had, ridiculous amounts of beer were consumed (after the champagne I drank at home – I can’t tell you how rare such a boozy night is for me!) and many insane tweets were sent (if you missed out on those, consider yourself lucky!).

So here we are, the final #reverb10 post, and the first day of a brand new year. It’s been really interesting writing about personal topics based on other people’s questions, and fascinating to realise as a result just how central and deeply ingrained yoga really is to my life.

It’s also been a wonderful discipline to write almost every day and though I doubt I’ll keep that up for daily blog posts in future, I think I’ll aim to do some personal writing each day now. Coz it really helps keep the cobwebs from forming.

Core Story. What central story is at the core of you, and how do you share it with the world?
(Bonus: Consider your reflections from this month. Look through them to discover a thread you may not have noticed until today.)
~ December 31 prompt

My core story is a delicious cocktail (vodka martini, anyone?) of these things:

Reading back through my #reverb10 posts, these ARE the common threads. It’s all pretty much where I’m coming from as well as where I’m headed.

May your New Year be bright and full of love!

I just love this image, don’t you? It evokes for me a sense of love. Though I can’t explain why, not rationally.

Anyway. There’s a few new posts in the works, but for now I wanted to mention that I’ve updated my About Svasti page. Which has kinda turned into an essay in itself…

Had a read over it and realised I hadn’t touched it pretty much since I started my blog – which is well over a year ago.

And a lot has changed since then. So it seemed like time to draw a line in the sand and say I’m on *this* side of the line now! Wheeee!!!

But don’t get me wrong – I’m not in a position to say all of this stuff is over. Not yet anyway.

I guess the point is, when I look back to how things were when I started my blog I can honestly say life is several thousand times better these days.

I am no longer at the mercy of daily PTSD episodes. Depression (for now) is on the ropes. I am actually feeling, well, kinda-just-a-little-bit happy these days. Can you imagine? 😉

Ummm… not that I’m superstitious (I’m not!! – she says defensively) but gawd I really hope that writing this post isn’t going to cause some major imbalance in the time-space continuum *steps back into the Tardis* (yes, I am a geek).

For all my blog friends (those I’ve met, as well as those I’ve yet to meet), I can only wish with all my heart the same for each of you on your own journeys.

There’s a place I’m trying to get to, in the recesses of my inner landscape. It’s sorta like that attic room no one visits any more. ‘Cept of course to store more stuff, completely ignoring and obstructing its original purpose.

I really know this place! And I know what’ll happen… oh yes… once I’ve pushed aside the cobwebs and detritus yet again, allowing dappled sunlight to find that sweet spot where, I’ll rest, contemplating the truest ideas I know.

Even thinking about it seems to cause a kind of shift in my outer world, let alone the relief as my heart breathes a sigh and my body’s meridians vibrate gleefully.

And when I do think about it, something briefly grows, thriving on the potential of what could be. It’s a lightning fast moment and I almost miss it, though very definitely I feel it, thrillingly.

Except… when I drift away, things aren’t just freezing. They get dull. Harder. Stranger. Confusing. Yet if my thoughts turn inwards, towards that place, even it’s if only a fleeting glimpse, I smell incense!! The songs of joy recommence and beguilingly, the siren song calls.

Not that I always answer.

Because… that’s commitment to some serious change we’re talking about. Change I always say I want. And let’s face it; I’m full of bravado, always taking risks. But they’re highly controlled risks, most of the time anyway.

I do want it though, something I whisper to myself in the dead of night… yet Fear whispers back… Just how irrevocable would it be?

For a moment, let’s consider the tricksy ways of the mind. Especially one that’s used to ducking and weaving to conceal things from the outside world. Do you think that talent for evasion works only on others? Hell, no! In some ways, it works best on myself, because the part of me that hides… knows the rest of me too well.

And so it’s always a challenge. Unless of course I can just surrender.

That’s what it’s all about you know, the stuff I study… yoga, meditation, philosophy. Surrender. Sounds easy in theory. And there’s so much I’ve already given up. Given freely. Said… Sure, I surrender, don’t need this prop any more.

And its all sunshine and roses, feeling lighter than clouds… til I find myself face to face with my biggest weaknesses. Those hamstringing bastards!

Just on the other side of my skin, part of the blood vessels and tissues, part of what’s made me who I am… that’s where my integrity flaws abide. Resting in my DNA, and their defence is so clever… Who, me? Noooo! I belong here. We’re part of the package deal... somewhat convincing for a while!

So the question is: Can I surrender my bullshit long enough to enter that fateful, entrancing zone… to ask those hard questions and not shy away from the answers? Can I then do what needs to be done?

Worked out recently, this battle is taking place on two fronts – internally, for sure. But then, externally I see I have a mirror. A human mirror. A mirror of humans. So… the battles I fight aren’t really about other people (no matter what I think), but my Self.

Easy to be distracted by this and that, pain and sorrow and feelings. Feelings, getting in the way of an underlying resolution. Actually, they hold it all in place, suspended and unchanging. Afraid of change we are, afraid of the eternal implications…

Been gettin’ some more award love of late… thanks to Ana and Brooks for thinking of me. 🙂

For those of you who don’t know Ana, she’s Brazilian, but writes in English (her second language). Just Ana is her main blog, and deals with issues of mental health, the over-use of medication and just… stuff! But she’s a busy lady, running Hella Heaven (visual art and funnies) as well!

Brooks is a yoga teacher from Chicago and I love what she’s doing with her passionate and thought provoking blog posts. I get such a buzz of kinetic energy from Brooks’ pictures (she’s often the model), and that gives me an appreciation for what it’d be like to hang out with her (kinda cool I’m thinking…)

Change, Forgiveness, Growth, Guru, Impasse, Nothing’s ever the same, Water under the bridge, Where to? 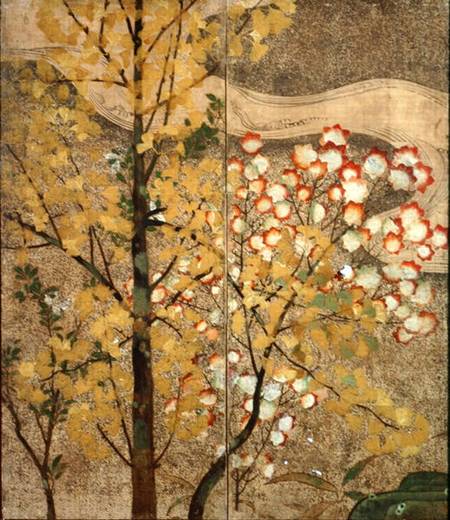 We say – it’s not the same as it used to be – or – it’ll never be the same again – about stuff we don’t like. Rarely do we say it about anything that makes us happy, right?

But actually nothing is ever, in fact, quite the same.

You’re not the same as you were yesterday – a gazillion cells in your body have died and been replaced (or not), the day is a different day, everything has grown or decayed just a little more, it’s a little older (never younger) or more decrepit, things move closer together or further apart, or something’s been completed.

Nothing is ever the same.

A little while back I pulled a quote out from a recorded lecture by my Guru. Soon as I heard it, bells rang and I quickly wrote it down, then tweeted it. Then wrote it here. But it rings truer and truer all the time.

Things don’t get better, they just get different.

Right. Different. Last week was different, and this week again, is very different.

Which brings me to these questions… Where do we go from here? How do we break this impasse? Can we get to that point of water under the bridge?

Of course, eventually it will be (water under the bridge) but what kind of water?

Nothing is ever the same, but that can be a good thing, too.

At least, that’s what I’m hoping. Let’s not give up, okay?

There is a quickening…

There is an opening…