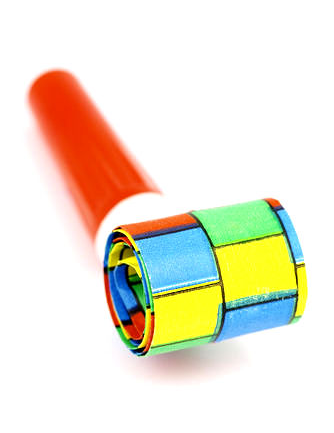 So…hi! And Happy 2013. I hope y’all had a FABULOUS seeing in of the new year, even if that fabulous thing was having a very mellow time. Or doing nothing. Just so long as you found enjoyment, any which way.

I did! I really did! For the first time in ages, I had a truly excellent time on new year’s eve. Hooray! Friends of mine had a private party at their place, with a fab view of the fireworks over the city. But importantly, with plenty of space between our little gathering and the drunken hoardes in the city. I talked with old friends and new ones, too. Drank a little champers, literally laughed til I was flat on the floor, ate, danced, and watched fireworks.

Over the Christmas break I had a few days off and some visitors from the US – some of my world-wide family of yogis. Their stay was all too brief, and I was heartbroken when they left but also glad that they came.

So here I am, three days in to 2013 and finally I’m getting around to an update for you all on where I’m at!

Looking back – where’ve I been?

You just *might’ve* noticed that most of 2012 I was pretty quiet here on the blog, on account of a whole bunch of reasons.

Year of the Dragon worked very well for me – all of that expansive energy saw me taking up a bunch of challenges. So, its been lots of hard work but lots of excellent results, too.

Also (and related): tackling my health with the enthusiasm of a WWF wrestler. This has wrought changes on the physical, emotional and ummm metaphysical planes. Big. Stuff.

And finally being out of trauma. I cannot express how differently I feel today to the broken person who first started this blog. 2012 has been a year of resurfacing as a stronger-than-ever and happier person than I ever was. Ever.

Not to mention: hitting my 12 month anniversary of giving up sugar! I can tell you that I don’t miss it in the least.

And I know – I owe you guys more details on all the above!

Those are all normal-busy kind of things though, right? Then, there was the rest.

Mid-year my last living grandparent passed away, and that seemed to cause a subtle but significant gear-shift. Something about, I dunno… stepping in to the next generation of “elders” in my family. More Big Stuff.

Around the same time, my dad had his own health scares and diagnoses of chronic illnesses. Things are evening out for him a bit more now, but it hasn’t been much fun. And there’s more work to do.

On top of that, my 9-5 job has grown increasingly unpleasant. It’s not so much my team (who are great) as it is the next level up management. My usual pattern of finding myself being given more responsibilities and more and more work has arisen yet again, and this (so it seems) rather specifically, has been the main factor in dampening my creative juices.

I noticed the difference immediately when I went on my writing retreat – given a release from the day-to-day stresses, and enough space and time, all the words erupted like wildfire.

Then when I came back home…once again the words dried up. Damnit.

Which was an excellent indicator: it seems I’m approaching that point Nadine’s written about of being unemployable.

See, my future life is starting to converge with the here and now, which is a little disconcerting when you don’t think you’re quite ready for the future just yet!

On that note, I’ve also finished my second full year of teaching yoga. Which has kind of flown by and it’s taken me by surprise at how much I’ve learned in such a tiny amount of time.

Looking right in front of me

Here we are, at the tail end of the Dragon Year before the Snake emerges on February 4th. Already there’s a LOT going on.

Right now, I’m working my way through Leonie Dawson’s colourful and charming Create Your Incredible Year workbook and planner. I highly recommend it for a positive start to the year!!

Next? I’m signed up for Nadine’s Light Up Your Life e-course. It’s an extended version of the Two Words project (which, heads up Melbourne peeps, is happening again in February!).

Between Leonie’s planner and Nadine’s e-course I’m thinking my year is gonna be super-charged!

Which is waaaayyy different to how I was feeling at the beginning of 2012 (hint: I was terrified!).

And just when you think I couldn’t possibly fit more in to the start of 2013, I’ve got two HUGE things happening:

Well, a lot of that is still in the works, but there’s a few things I know already. Like…

No. I’m not killing off this blog, or stopping writing here. But for a while now, I’ve wanted a place to write that’s a little less anonymous than this one. Yet… I’m not ready for everyone in my life to read the archives here.

So, I’ve started a separate blog under my own (first) name.

Many of you will be getting an email about it shortly. But feel free to let me know if you’d like to be in the loop – as it’s where I’ll be blogging about my adventures in India! 😉 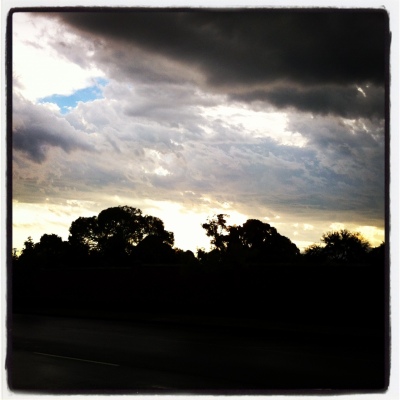 A huge chunk of last year felt like one long relay lap between the doctors, specialists, blood test places, health food stores, yoga classes and my bed. There were a handful of bright lights in 2011 – my good friend getting married, starting a tradition of Sunday walks with said friend and new hubby, my third niece’s birth, and my trip to Bali. Teaching one yoga class a week was a steady constant and a blessing, and I’m forever grateful for my ongoing kinesiology sessions. But everything else felt VERY BLEH.

It was all about the descent into being Very Unwell and the subsequent healing work.

Basically, 2011 was exhausting and extremely tough. Just when I thought I’d finished all of my hardest work.

And, dear readers, over the last few days I’ve begun to notice with total clarity that I’ve not come into 2012 feeling all shiny-brand-new-bursting-with-energy-and-positivity.

You heard me. NOT.

Instead, what I’ve got right now is a case of overwhelm.

Life feels a bit like a game of Twister.

All the bases are loaded with hands and feet everywhere and WHERE ON EARTH is the next foot or hand going when the wheel is spun, once again? Will we topple over in a heap, or keep the precarious balance going a little longer? And just how do we get things untangled again?

I’m pretty sure most of this hangs on the issue of:

Currently it can best be described as “hmmmm, okay-ish”.

Seems I’ve hit another wall in the healing process, which means that the early January 2012 version of Svasti is issued with less than a full tank of energy. And when it’s gone, there aint no more.

The only remedy is rest, calm and quiet. Eating right, sleeping a lot, doing yoga, getting acupuncture and/or kinesiology and praying like crazy for better health.

Yet… there’s been so much going on:

Finding a new job yet again and all the new job stress; dealing with the two apartments above mine being renovated for months and months on end (So. Noisy.); thinking I was going to be penniless again and then I wasn’t; organising my birthday trip to Bali (to relax, ironically!); coping with Christmas; and then looking after my mother.

On top of this, I haven’t gone back to see my expensive thyroid doctor for further tests and treatment because I didn’t have a job for a while. Now I’ve changed jobs, her offices are nowhere near where I work or live. Plus, I wasn’t entirely happy with some of her suggestions last time.

So… I’m a little bit at a loss as to what I should do next. I mean, I know I should go back to my GP and get another round of blood tests to see where things are at. But then I think I need to keep looking for the right specialist to further investigate the cause of my health problems (on top of my kinesiology sessions, of course).

And damnit, if I’m not totally anxious about getting my health back on track! I want it NOW.

Which is ridiculous. I’m also:

So, this weekend I’m gonna do some goal setting using Kerry’s Alignment Kit.

I think its perfect timing, albeit a few days later than the first day of the new year.

But oh so necessary. So that I don’t burst.