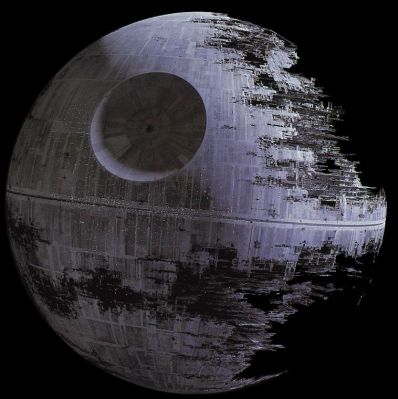 It was something about my face…of course, that’s where most of the physical damage was caused. And so, after leaving work on Thursday I did something that wasn’t particularly logical, all things considered.

I found myself at a beauty salon, wanting some kind of facial treatment. It was money I didn’t really have or intend to spend, but I didn’t even think about it like that.

Ended up getting a peel and they also suggested this light therapy thing. Didn’t know what it was, but it sounded good.

You look like you’re in need of a pick-me-up, the therapist slowly scanned my face and eyes.

Yep… [and I’m REALLY trying not to cry].

I did though, but not while she was in the room.

Somehow my instincts knew this was a good idea. Someone soothing my face with beautiful products and massaging my skin while delicate music was piped into the room. Low lighting and glorious aromas. An oasis in the middle of the city, a level up from one of the busiest intersections in town (not that you’d have known it).

She finished with the peel and prepped me for the light therapy treatment. Little goggles on my eyes. Something positioned over my head.

It’s really, bright. It takes a moment to get used to it. I’ll turn on one light first, then the other.

Soooo bright, yep, she wasn’t lying. Although my eyes were tightly closed nothing was black – instead everything glowed golden-red. And after a few moments I thought that this is probably what consciousness is like when we’re no longer limited to a human form. Everything as one, so very luminous. It wasn’t scary, just really relaxing.

Later I cried some more while I dressed – me with my smooth new skin that felt and looked wonderful. Sure I was a little shiny, but I was going straight home so what did I care.

I cleaned my practice room – vacuumed and dusted. I read these posts by Nadine and Kerry – which were incredibly timely (thanks gals!). I cried a whole bunch more as I snipped yellow daisies (I think?) and jasmine from the bushes outside my apartment.

My yoga practice was very simple – some breathing and then a supported supta virasana (although with the bolster further away from my lower back so I could tilt my pelvis forward more than the woman in this picture).

This pose always feels like hell when I first lie back, but once I relax it generates the most open and joyous feeling – the supported version is awesome if you’re feeling fragile!

Then I felt more open in both the hips and the heart. It was time for my practice which involves a series of chants and prayers in Sanskrit, and generating love, gratitude, compassion and wonder. Some incense and flower offerings, mantra repetitions and then… sitting. Just sitting in meditation for as long as I needed to.

My altar, adorned with flowers

There’s a bunch of structured or form-based meditations I’ve learned, but that’s not what I needed just then. So I just sat, following my breath and listening to my body, relaxing deeply. I think I sat there for around an hour.

From this place comes information. I got the face thing, then. Five years ago, it’d been defiled. Brutalised. And then I’d allowed it to hold my shame and fear. I’d also grown an invisible mask that covered my eyes as well as my entire face. I didn’t want people to see me. I didn’t want to see them. I wouldn’t let anyone get too close, just in case they were dangerous.

But now I’d begun reversing all of that with a symbolic gesture of self-love and nurturing (gotta love those gut instincts).

Then I noticed a whole bunch of energy rising up in waves from my stomach to my heart. Many layers. Hello, Fear. Hi, Despair. What’s up, Grief? How-dee-do, Shock? Each one reaching upwards, evaporating and integrating and no longer weighing a tonne in my belly.

I’ve never really told anyone this: my meditation practice suffered a great deal when all of this went down. I stopped for the longest time and felt terrible about it. But how could I meditate when those things could happen to me?

It took a long, long time to regain that ground.

The problem most of the time was relaxing (impossible to meditate if you’re tense!) and closing my eyes (which made sleeping quite tricky), because behind closed eyes was where all the scary stuff lurked.

Which is why the whole light therapy treatment thing was SUCH an extra amazing piece of synchronicity because that light – so warm and golden – blasted away any last possible dark hiding place.

So I continued sitting and breathing until I felt like all the shackles I’d built up were undone. At least right at that moment anyway. I did some closing chants, extinguished the candles and slept deeply. Dreamlessly.

I felt… much better. Calm, and perhaps still fragile but MUCH better.

I’d never before felt the pull of this date or tied any meaning to it. September 29th has not once been circled in my calendar and I’ve never held on to it as a marker of what happened. Perhaps because I was trying to forget, I’m not really sure.

BUT this time around I wasn’t allowed to let it pass by (thanks tiny but accurate voice of intuition!) and I think that MAYBE… this is truly the beginning of my freedom.

Maybe it’s time – maybe I’m ready to no longer think of myself in relation to what happened, y‘know?

I suspect that to be able to say I am truly healed; this thing that happened has to become unimportant to who I now am. It can’t be a reference point for everything that happens moving forward and I can’t continue to orbit around it like it’s the center of my being.

Sure, for a long time that’s exactly how it felt. Like I was just space junk held in the gravitational field of the Death Star (i.e. the trauma, the PTSD, the depression, the memories of What Happened).

And somehow, the realisation of this milestone date, and exactly how far I’ve come in that time, not to mention some timely and amazing facial treatments (including all of that LIGHT!) were the killer shot, right in the Death Star’s Achilles heel.

Just like young Skywalker, somehow I found a way to use the force and blast that sucker… totally disabling its ability to destroy anything anymore.

But… I could be wrong. Time will tell I guess. At the very least, this is the beginning of the end of it all… Just like the end of my PTSD flashbacks, I’ll wait and watch.

In the meantime, I can’t believe how much better I feel. Possibly this is akin to how my old Self felt once upon a time, not that I can remember Her too well…

But it’s been a REALLY long time since I felt this good.

(With apologies to those who don’t get my geeky Star Wars references!)  😉