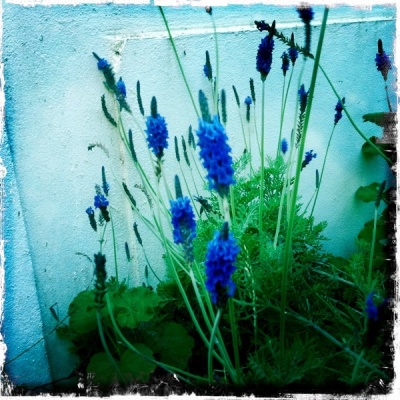 Fact: no one moves to Melbourne for the weather.

Well, perhaps if you’re an Eskimo or from England or Canada, so that when you come here you thank your lucky stars for the incredibly balmy temperatures. Heh.

The best thing I can say about the weather here is: “unpredictable”. I mean it.

Just the other day, it was all coy seductive hints of gloriously sunny warmth. Next thing, I’m looking up from my desk because of the really loud THUNDER and LIGHTNING, with a bonus hailstorm, before the return of the sun.

I kid you not.

Uncharacteristically, the first day of Spring bathed us in gentle warmth and the entire city celebrated. Because usually Spring comes limping over the line, tailing way behind Winter in that cyclic baton relay of the seasons. 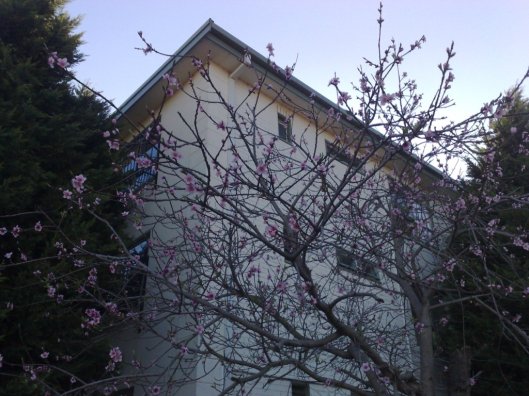 Then, just a day later, we were offered this…

Again, I kid you not.

Times like this make me wish I’d never left Sydney (my home for 12 years) because not only are the winters milder, but they’re just a tad more consistent.

I’m clearly disillusioned with Melbourne’s temperamental temperatures, especially because I have a rather unpleasant Spring cold.

Featuring more mucous than you could, well… let’s not poke anything at the mucous, shall we? A nasty sore throat, coughs (almost rivalling the serial cougher at work!), achy limbs, earache, loss of appetite, etc.

Just your run of the mill cold really, but in Spring!?! I mean, I got through almost all of Winter without much more than a headache. Right now, I’d like to be very old fashioned and use the word ‘vexing’. Yes, this is definitely a good time to use the word vexing.

Had a couple of days off at the start of the week. And lemme tell you, when you’re working on a contract, two days of sitting at home earns you zilch!

Felt okay enough to turn up on Wednesday and Thursday. Really, shoulda stayed home Friday though, on account of the writhing in discomfort I experienced late Thursday night (see rather pathetic tweet).

Friday started off alright but come lunchtime, Antarctic winds of discontent had descended. From the south I say, from the south!

In half a day, it was once again beanie weather (til well into Spring, Melbournites never leave home without a hat, scarf, coat, gloves & umbrella. Sane ones anyway).

Ah well, at least inside was warm. Which caused me to delay leaving the office. Ergh!!

Took a pic on my way home in that last 200 meters or so from the tram stop to my front door.

There’s an old cemetery to my right for part of the way and this was the view over the tall old brick fence, a few obelisks poking over the top as the sun set in a haze of yellows and blues…

All this changeability of temperature has had me thinking about, well, life.

And how our progress/growth is never linear. Just as the days do not just get ever-more Spring-like each and every day, as the year moves forward (how does a year move forward anyway?) with nary a backward step… so it is with any personal change we’re going for.

It’s for this reason, we shouldn’t be disheartened if it seems like we’re going backwards. We’re probably not, though all evidence suggests otherwise.

And it’s the same thing with yoga – it’s why you can ‘suddenly’ one day do a yoga pose you never could before.

Progress is more circular, all-encompassing. Before you know it, you’re surrounded by the warmth of the sun again, blossoms prickling and new life arriving.

Beth Orton, Enter your zip code here, Feel to believe, incredible-coughing-lady, iPod, She coughs for all of Australia, Spring

Working away like a super-entertained little kitteh here (except I’m just super-busy, and not so much with the entertainment and no kitties on hand. Okay… so I’m busy and it has nothing to do with kitties or entertainment!), and I had to search my iPod (saviour of my sanity) for some music to block out the incredible-coughing-lady here in this open-plan-yes-sound-travels office.

It’s highly possible this lady has TB or something equally as nasty. She coughs for all of Australia, she does. And apparently has no qualms about her rather loud and dastardly noises, as she makes no attempt to cough more quietly. Ever. I dunno, perhaps its just a smoker’s cough? A really, really bad one? In any case, it doesn’t seem to be getting better.

I’m resisting my desire to anonymously leave a packet of cough drops on her desk.

So, thanks to the incredible-coughing-lady I consulted that blessed little piece of electronica, holder of many noises I do consider acceptable. Felt that Beth Orton was somehow appropriate today. Yup, she really is for this lovely, lovely Spring-like day (almost Spring here, so it’s a tantalising preview kinda day with very pretty blue skies, even in the city).

And then, amongst the general enjoyment of Ms Orton’s smooth tunes, the above mentioned lyrics rang out clear and true.

And here, folks, is the song, enjoy!

I’m like a little seed, dusty and dry but full of potential. A seed that’s been sitting in the garden shed in the dark for a very long time. Waiting. With no reason to think there was a way out from that unnatural yet safe place I’ve sheltered in, weathering the storm of recovery.

Perhaps the change of season has something to do with it?

For rather suddenly I feel exceptionally alive! It’s Spring, not yet Summer. But the weather is becoming reliably warmer and more beautiful. There’s a flavour to the air. A warm caress on the breeze. Cascading blossoms of every colour to take in with the eyes and nose.

It’s almost like I’ve never used my senses to engage with the world before. Not properly. Not like this. I can feel every hair follicle on my head. No situation is without intense sensory involvement.

Could it be… could I be… finding some happiness? Possibly really waking up after this seemingly endless numb-out?

There are difficulties still, but they take center stage less and less.

However there’s one issue that currently looms larger than any other.

Sex. Intimacy. Or the lack thereof. I posted about this topic a few months back.

Once again comes into view. The first trigger was the boy who’s recently been paying me some attention in a coy kind of way.

That situation created a lot of anxiety for me. I didn’t know how to respond at all. Especially if someone’s not being up front. I can barely hold a decent conversation with the guy, as sweet as he is. I guess that means it’s simply not right anyway. Surely if it was, it would be much easier. That doesn’t stop the anxiety running ten to the dozen though!

And I’ve just begun to realise how often I go out of my way to avoid eye contact with men I don’t know.

In that respect it was tough starting my new job, in which I have to deal with new people every day at the moment. New clients to talk to regularly. Some of them are men. It’s been a swift learning curve though, so I’m grateful for that.

And yet… gawd, there are periods each day where I’m totally and completely overwhelmed by my desire to be, erm, getting it on!!

I have the hormones of a teenager.

Except for one very minor blip, there’s been nothing on the radar at all in the last three years. So I’m apparently stuck in this way a little… because I can’t wilfully lift out of this issue with the same effort I’ve applied in almost every other area of my recovery.

I’m afraid of getting what I want, and I want it badly… but I also don’t know how to get there. And if I do get there, I’m not sure if I’ll feel safe and secure.

Amusingly, I think all that sexual energy is being sublimated into other areas of my life. I nearly lost it completely over dinner with friends on Friday night. Granted, we were eating some of the most delicious tapas I’ve had in years. I was also drinking some pretty spectacular red wine… it was very intense and sensual.

I’m just grateful for the mercies of meditation practice that help redistribute the rest of that energy!