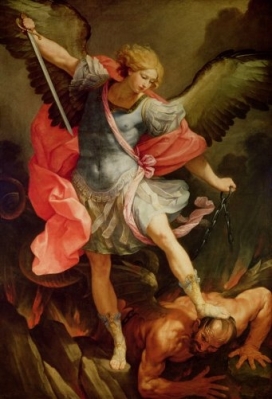 Did you know the majority of people on planet Earth are at war?

But it’s a war with no name. And it’s silent and sneaky. Very few people talk about it. There’s no protests, or political action to bring it to an end. But it takes plenty of hostages and casualties. It cuts a path of destruction on all seven continents. There’s no place it does not reach…

This my friends, is the Great War. The murderer of souls. The sniper of happiness. The assassin of freedom. The destroyer of self-acceptance.

That’s right. I’m talking about the collateral damage we drag through our lives. The absolutely violent thoughts and actions we take against ourselves every day. The unkind words. The self-neglect. The hyper-critical and unfair attitude we have about our actions and/or appearance. The public and/or private flagellation we suffer at our own hands.

Let’s not forget the way we pass our own misery on to the next generation so that it may flourish… through our actions, we show them how to be self-defeating and self-loathing. We teach them that that’s how life is for most people.

One of the worst fall outs of this war is the way we’re so willing to believe anything negative about ourselves at the drop of a hat, while being unable to accept a compliment or be proud of our achievements.

We are displaced people. Displaced in our sense of Self.

And I don’t know about you, but I’m sick of it. Because all of this adds up to an unacceptable abuse of human rights.

Worse – most of these campaigns of self-hatred are conducted behind closed doors. Of course, some do make it out into the streets too, where we drink excessively or take drugs, or lay our self-disgust at the feet of others.

But almost everyone else is engaged in their own internal warfare. And so we try to relate the best we can, limping along, tending to our war as well as those belonging to the people we love.

And sometimes we mistake other people for combatants in our war. So, we take the fight externally and make them the enemy. At last, someone tangible to fight with – the driver of the car that cut you off, your lover, your friend, your parents, your boss, the rude waitress… and so on.

Appalling isn’t it? And yet, so very difficult to control. This war has agents everywhere!

Y’know, Ahimsa (non-violence/non-injury) is the first of the five Yamas (restraints) of Patanjali’s system of yoga. The very first discipline to master, for developing consciousness on the path to enlightenment.

And yet, it seems to be one of the hardest things to do. We can sympathise with the trials of others. We give money and/or service to charities. We’ll give a guy on the street food or cash. We’ll help someone change a flat tyre.

But we can’t stop looking in the mirror and thinking about all the ways we are “deficient”. Can we?

And to win, we have to find a way to make peace with ourselves. Have to!

I’m still working on it. What about you?