Little known goddess Chinnamasta, a wrathful incarnation of Ma, who in effect is really Shakti, who’s Shiva anyway… is not as wrathful as she seems. Least, not in the way we Westerners tend to define wrath.

Looking so fierce and scary, she decapitates herself to provide nourishment for her companions, the three of them wandering as they are (but really, are Ida, Pingala and Sushumna).

The other two were hungry (spiritually, energetically?) and so without ego, Chinnamasta removes her head, providing the ultimate life-giving nourishment. In the process, ridding herself of an appendage that often gets us lesser mortals in strife. The ‘home’ of the mind (which has no home in the physical body), the ahamkara (I-maker/ego).

Headless… the very idea, generally considered gruesome, but I sorta know how she feels.

Or at least, my dream self does.

Vivid and seemingly non-stop in my formative years (circa primary school era), a series of dreams, a little bit like one of those American soaps you can pick up on ten years later – ever unfolding at snails-pace with lots of scenes repeated.

Everything submersed in water, a bit like Waterworld, except (thankfully) not starring Kevin Costner and my soporiferous thoughts occurred long before that movie regretfully saw the light of day.

Some water was deeper than others, but a fair bit was only chest high. The name of the game in this world – don’t lose your head.

Had to keep watch for the ‘knights’ (I don’t think they were knights, but they rode on horseback and carried swords). The thing to do if they were around, was submerge yourself fully, hold your breath and wait for them to go away.

Because, we all knew what happened to those who were caught: decapitation.

This water-covered world flooded my nocturnal landscape with frequency. But I’d be doing something a little different every time. Playing with my friends, at school or in some other part of the world I wasn’t quite familiar with. Each time they came, we’d duck. Or I’d duck, if alone. Each time we survived we congratulated ourselves.

Every so often, amidst this night-time play, I found myself in something of a predicament. Caught.

Then, my head was gone. My neck relieved of its weight, rolled off to who knows where.

Curiously, I did not die. In fact, with every passing moment I discovered the freedom of the headless. I could still breathe, and talk and think. I was not my head, my head was not me.

Running through my schoolyard, testing my new way of being. Found a horrified looking friend or two, and tried to say – look, there’s no need for your head! I’m still okay, I’m alive and now I don’t need to hide from the knights!

Was it terror, disinterest or perhaps disdain for something different? Or the lot? They weren’t buying it. They had no interest in this new, headless me.

Sure, it was strange but pleasant and yet, so lonely. No one else wanted to willingly have their head cut off, too. They kept up their ducking and hiding and their noggins on their shoulders.

And I… got bored being the only one with this kind of freedom. What fun is there, if you’re the only one?

So, by the powers of the dreamscape where all things are possible, I found my head re-attached. And life went on…

Loss – of a limb, an idea, thoughts or people from our life, generating heartbreak. We feel it in the chest region (at least I do, and cuttingly so) though that heartbreak is self-created and projected outwards, as though it’s happening to us, instead of coming from us.

Chinnamasta’s messages are many, but include the idea of self-love and self-sacrifice for the benefit of many, which in the end, benefits you, too.

Doing away with the need to duck and hide, and assuming the worst when, for all we know, there’s more freedom on the other side than we can ever imagine from this vantage point.

I know now, what it is I crave. 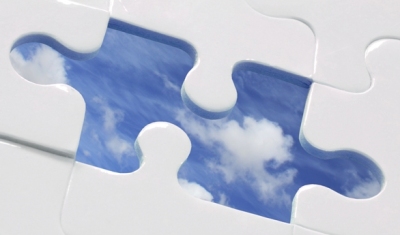 Pinocchio’s nose is less obtrusive than the sure knowledge of my mother’s combustible nature, both from my childhood and right up til the present day.

Few are the Christmas or other family holidays in my recollection where she didn’t spit the dummy (in a seriously major league kind of way). Often it was over small, inconsequential things. At least once, if not multiple times during the hours we spent cloistered confusingly and unhappily as a family… this is the meaning of family?

I don’t want to be like that. Ever… I would chant to myself…

Mostly I recoiled in horror from her irrational and emotionally violent outbursts. They froze my mind, rendering my ability to respond practically useless. It was easier to slink away and wonder what the hell it was all about, knowing we’d probably never find out.

The collective debris of these moments gathered and surrounded us til we knew what to expect and how to pretend it never happened.

Eventually through my own wilful misadventures brought on via naiveté and romantic idealism and because I accused my parents of not understanding, very bluntly one night, the poisoned agony driving my mother’s experience of life was explained. Or at least some of it… she jealously guards it… no one can interfere, no one can understand her miserable life and no, she doesn’t want any help with that thank you very much!

The angry outbursts continue to this day. She even rants about people on TV, in the news. Brit Lapthorne’s parents? They spent way too much time courting the media – media whores! Anyone who’s ever adopted a child? Dirty rotten baby stealers, worthy of her scorn and hatred the lot of them (her own child – my absent half-brother – was forcibly removed from her as a single mother in the 60’s). Rant-rant-rant. And she don’t stop.

We three kids grew up with one explosive and unpredictable parent, and another who was mysterious in his own way – very quiet and internalised, never expressing anything much. My sister and I would question each other: Have you found out anything new about mum and dad lately? What do you know about them? Why don’t we know much about them??

When we kids tested my mother to her limits she’d become extremely angry and threaten us… she’d leave the whole family – just walk out the door and never come back. Terrifying to a young child. This generated much anxiety… we’d beg her not to go, cry and say how sorry we were…

After several repeat performances we realised she never went further than the car. She’d sob there, before wearily returning silently and ignoring us til dad came home.

To this day, I cringe when confronted with irrational, illogical and extreme expressions of anger. Those who won’t be reasoned with. Anyone who’s really angry at me. I still freeze, I feel physically ill and I don’t know what to say in the face of such a horrible human expression.

Heated and passionate debate? Not a problem as long as there’s logic and open lines of communication. In fact, I enjoy it. Bring on such passionate exchanges any day of the week…

But wilful, wrathful, single-minded fury, the likes of which I expressed not so long ago (possibly for the first time in my life)? No. I run from that sort of anger. Like a rabbit. Whether it’s mine or others’. I lose my communicative abilities entirely.

It seems, despite everything I’ve been through with this wretched assault that I’ve allowed to invade my life and take too many hours of enjoyment and love away… I’ve never, ever, permitted myself to feel totally and utterly pissed off about any of it.

And so, from within deep ravines of my inner being (where wounds never quite heal over) came the furious host, unstoppable til it ran its course.

It dragged its dirty unsanitary claws raggedly across the newly salved scars on my heart tearing them wide-open… awakened, the terror replays in its familiar groove generating intensely painful panic attacks and anxiety, destroying the structure of my brain (leaving jelly-like mush) and my ability to concentrate, bringing to the fore that ever-present teary-ness…

Prickling just beneath my pores. With ridiculous ease I cry (not because I want to) wandering the streets, in private bathroom-break minutes, sitting here alone typing, entirely vulnerable and so completely and utterly sick of myself. And of dealing with this stuff alone, never, ever, with anyone here to put their arms around me and tell me it’s gonna be okay.

I’m temporarily weakened and disarmed. But I know this place. I know I am not that. Confused, for sure, I don’t get it, this return of pain (H tells me its common for trauma to re-visit, damnit). I know this is just energy passing through in a wretchedly painful form… and for now it’s a parasite, not budging, despite my many valiant efforts.